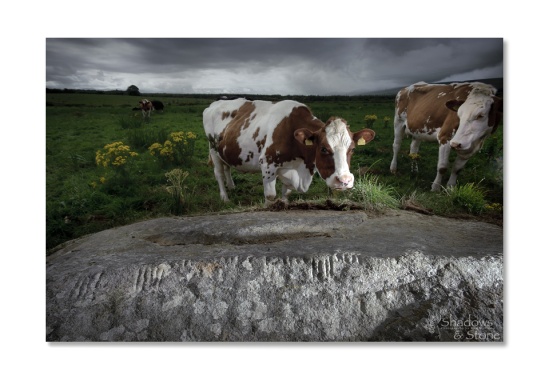 Some nice Ogham and a rather grumpy bovine

It’s been a while since the last blog update and there’s quite a backlog of photos and wonderful sites from over the summer months. But before I get down to the really heavy duty sorting and editing I thought I’d post a quick snapshot of the typical trials and photo-ops that might meet you on a typical trip out into deepest rural Ireland.

Over the years I’ve had my camera bag rifled by pigs at a Portuguese dolmen, nuzzled by horses at an axial stone circle in County Cork, pecked by rooks in Wales and stampeded by sheep near Avebury in England. My encounter with some bullocks in County Louth even made a nice book cover, but these cows I ran into in Kerry really took beastly intrusions to a whole new level. 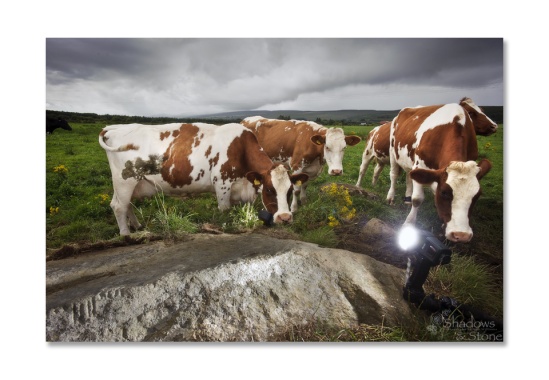 A Congregation of Cattle in Co. Kerry 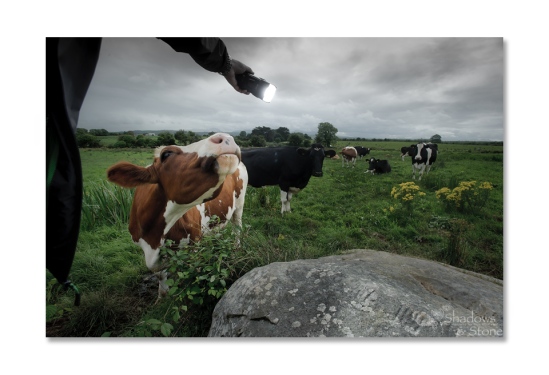 Cattle breath on your fingers means move quick or get licked… 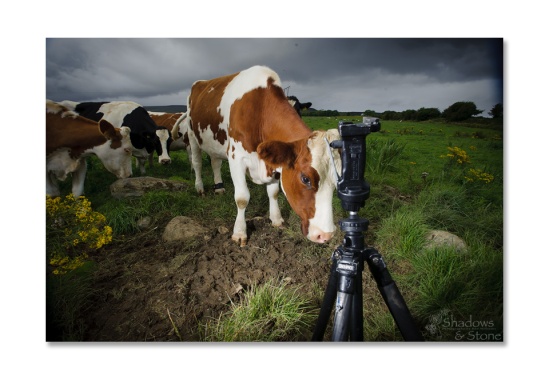 I was vaguely aware that there was a stone in the townland of Knockbrack with some rock art coupled with an ogham inscription from a chapter in a book by local archaeologist Fionnbarr Moore and I was hoping it had not weathered much since his photos and drawings were made in the 1980’s and 1990’s. Time has not been kind to the decorated stone however, and the pathologically curious cows seemed determined to thwart all my efforts at bringing the carvings back to life… 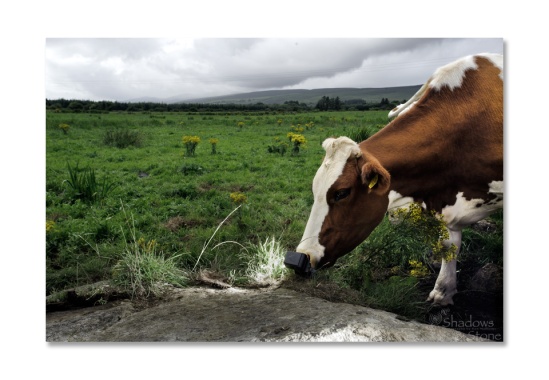 I tried to get a few shots of the badly weathered rock art despite having all my carefully placed kit constantly re-arranged, but it quickly became a losing battle. I think a return trip is in order with some accomplices, purely to keep the cows entertained.

If you’ve been a regular visitor to this blog’s Facebook page, you will no doubt have already encountered some posts following my travels around Ireland seeking out and photographing Ireland’s prehistoric rock art. For the most part it is the unreliable Irish weather or bewildering and impenetrable terrain that provide the challenges in locating and recording these prehistoric traces in the landscape.

This particular form of rock art that I am most interested in is sometimes described as ‘Atlantic Rock Art’ or ‘Galician Rock Art’ after the main geographic areas in which it is found, from the North West coast of the Iberian Peninsula to the glens of Scotland. I usually just refer to it as rock art though they are often termed ‘cup and ring’ carvings as the prototypical panel consists of dots/cupules/cup marks surrounded by one or more rings.

These mysterious carvings are perhaps one of Ireland’s most obscure prehistoric remnants. Though they are sometimes found in large concentrations and across many areas of the country they are little known with barely any mythological or folklore associations. In contrast, another form of ancient stone carving, Ogham, is immediately familiar and it’s cultural importance widely recognised. The two traditions are very distinct, they are separated by thousands of years and a wide gulf of knowledge. Ogham has been much studied and its code deciphered and documented, while the meaning of the even more ancient rock art remains elusive. It isn’t very often you find both together on the same stone in a landscape setting so this particular site at Knockbrack, Co. Kerry is very intriguing and worthy of further study. Perhaps I’ll cover the rock art itself in more detail in a later blog post. For the moment, here’s some more shots of the stone and its guardian angels: 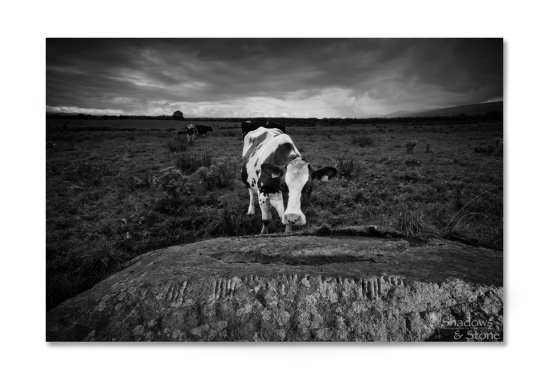 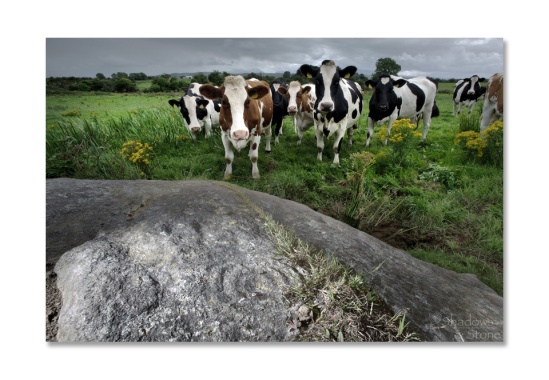 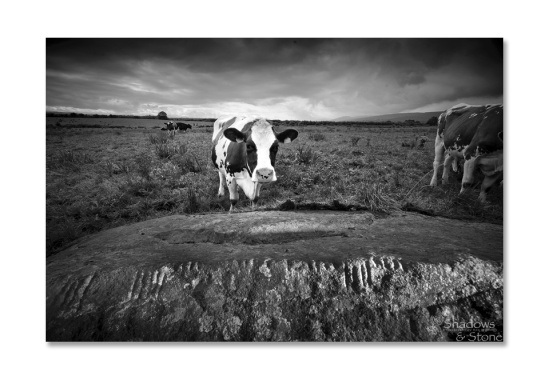 8 responses to “Rock Art Expeditions: Some out-takes and some Ogham”

Irish Megaliths on the Web